Barrick Gold’s (NYSE: GOLD) (TSX: ABX) president and chief executive Mark Bristow announced on Saturday that the company plans to expand its East African footprint using the North Mara and Bulyanhulu gold mines in Tanzania as a foundation for this endeavour.

Back in September 2019, Barrick inherited what Bristow called these “moribund mines” when it re-acquired Acacia Mining. After some rebuilding work, the mines breathed new life and are now set to achieve a combined production in excess of 500,000 ounces for the second year running, thus becoming elite tier-one assets. 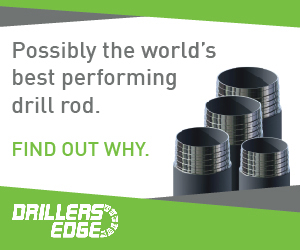 North Mara hit a record 505,000 tonnes of ore and waste mined in the last quarter, while it continues to optimize the underground operation. According to Barrick, the change to an owner-mining strategy has boosted the expansion of both the mine and open-pit operations.

At Bulyanhulu, the development of the main declines to access the Deep West zone of the orebody started last quarter.

“We continue to target further growth through reconnaissance and the consolidation of key licences. Extension opportunities are being assessed along the Gokona strike and throughout the Bulyanhulu Inlier. Results from the deep drilling at Gokona are pointing to a significant potential for extending North Mara’s life,” Bristow said. “In addition to the brownfield exploration designed to maintain the positive trend on resource expansion and conversion at the two mines, we are also looking further afield. A better understanding of the region’s geological architecture will improve our ability to discover new world-class development opportunities in our areas of interest.”

Barrick’s CEO also commended the Twiga partnership, a joint venture formed in 2019 between the company and the government of Tanzania to manage North Mara and Bulyanhulu, for being able to settle long-running disputes with the mines’ previous operators and establishing a model for cooperation between miners and their host countries, particularly in Africa.

“By demonstrating that Tanzania is an investor-friendly destination it also augurs well for the future of the country’s mining industry,” he said, after pointing out that since Barrick took over the mines, it has contributed over $2.1 billion to the Tanzanian economy.

The world’s second-largest gold producer was embroiled in a battle with the Tanzanian government since March 2017 when the country banned the export of gold and copper concentrates. The move aimed to pressure mining companies into doing more smelting and refining locally.

The export ban was soon followed by a series of allegations against Barrick’s defunct African subsidiary, Acacia Mining, including accusations from the government that the company was avoiding taxes by underreporting the value of its mineral exports from the country.

The Toronto-based miner ended the long-running row with a deal inked last year, which allowed the government to take stakes in three gold mines Acacia had in Tanzania.